After 2 albums on Wild Records (California), and their debut “Zomboid Surf Attack” on Sharawaji Records, THE TERRORSURFS are back with more sonic mayhem! The purple splatter vinyl runs at an “audiophile” 45rpm for that full Zombiphonic Hi-Fi sound experience.

From the off, the boys are in pure surf territory with “Terrorsurfer”, the the surf/time continuum is almost ripped apart with mission control sound effects and even a theremin on “Kosmonauty” (watch the far out video) while “Bat Shit Crazy” is exactly that. “(I Wanna Get me Some Hot) Surf Burger” could be just a song about being hungry on a beach, but watch the animated video and make up your own mind! “Murph” moves into psychedelic surf territory, even utilising some backwards guitar, and “Terrorsurf Apocalypse”rounds it all off with an apocalyptic cinematic climax. Phew!!

The “savage suitar driven power surf twang” has now been expanded to a 4-piece with the addition of extra guitarist The Reverend Tonto, he make an unholy racket!! The twang is joyously abundant, power surf with killer riffs, forged with primeval DNA. 2018 will see more shows than ever before including more in Europe. 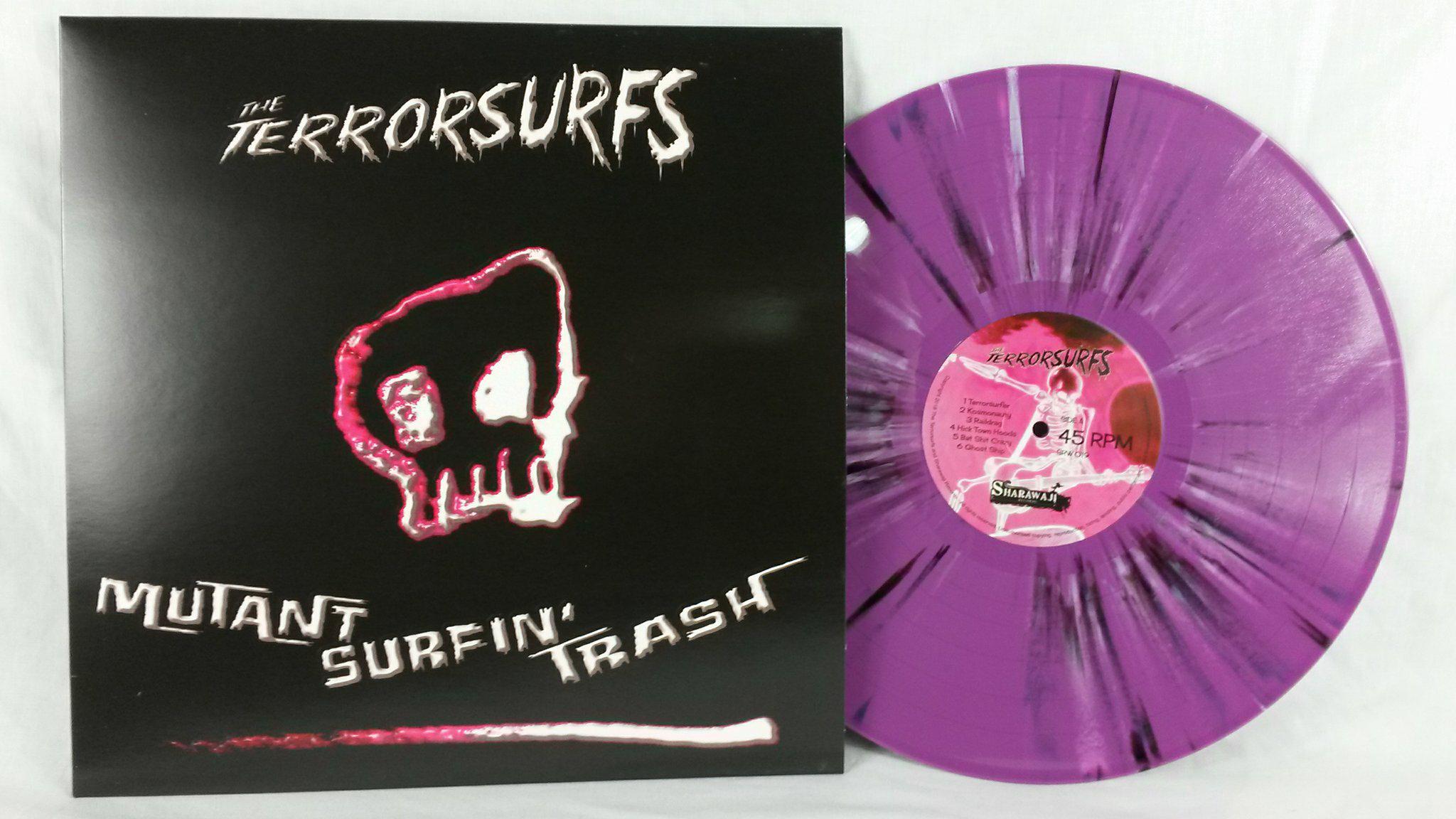 You can buy MUTANT SURFIN' TRASH on vinyl directly from the band at www.terrorsurfs.com