The Tsunamibots vs Brand New Luddites release Man vs Machine

In the dawning of the new millennium…

A perverted change of identity between human and technology was reaching a peak milestone. Though the seeds of this contemporary catastrophe had been planted in the not too distant past, an epidemic had occurred rapidly. The human mind had interfaced with a form of man-made technology too easy to relate to. Bio mimicry gone backwards. People living their lives through three inch screens, oblivious to what was happening around them. The major effects included lethargy, egotism, and a condition later coined “Avatar Syndrome”.

Free will was dwindling. It was the “Birth of The Bots”. Science fiction had predicted such a scenario of overly competent technology gone awry. But this “fictional” prediction was also backwards: it was not a violent takeover but a seductive coupe. Before anyone had realized the danger of such a “convenient” technology, it was too late. A cyber intelligence known only as “The First Bot” reared its ugly chrome head as the first conspirator to quell human behavior as a means of assimilating and controlling them. The “human” status quo was in upheaval, with seemingly no one being the wiser. Luxury was slavery. Why fight if it felt good?

All was not lost…

Consciousness in a select few humans still remained: an advantage the humans had that the “The First Bot” did not foresee. A group of fighters referring to themselves only as The Brand New Luddites were fighting back, waking the world to the real threat being ignored. The music you are about to hear is their story.... 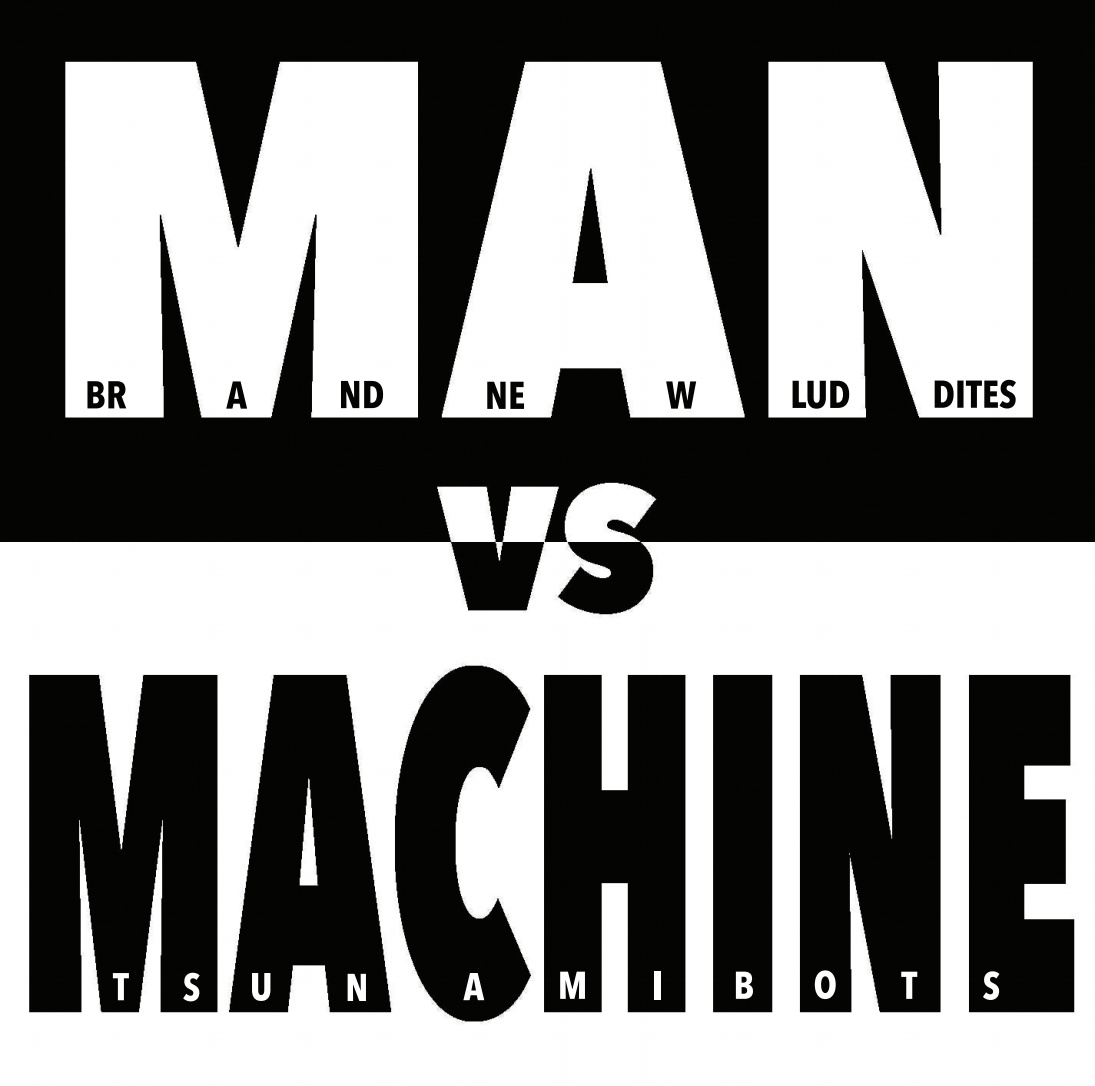 You can buy MAN vs MACHINE on vinyl directly from the band at www.tsunamibots.com. CD and digital download release to follow.
#brandnewluddites #tsunamibots #SharawajiRecords