Attention Humans! In a giant step for Robot/human relations, Sharawaji Records is proud to announce that The Tsunamibots have joined the Sharawaji roster, forging an alliance to crush puny humans and enslave the human race.

"after self releasing our two EP'S Rise of the Robots and Surfing Craze in the Robotic Age, we found our day to day obligations of crushing humans and polishing our transistors was suffering. Sharawaji Records is like a well oiled machine. They will be great servants...correction...partners in our quest for world domination."

"It feels like a logical approach to have a musical partnership with Sharawaji Records" says Tsunamibots guitarist Tomadore64. "Partnering with them is the natural next step for enslaving all humans."

Drummer The Master Circuit agrees "we don't like many humans, but the guys from Sharawaji will be spared from the crushing."

"..... besides our new label mates The Zillatones are shape shifting aliens from outer space. They will be great allies in operation enslave all humans." 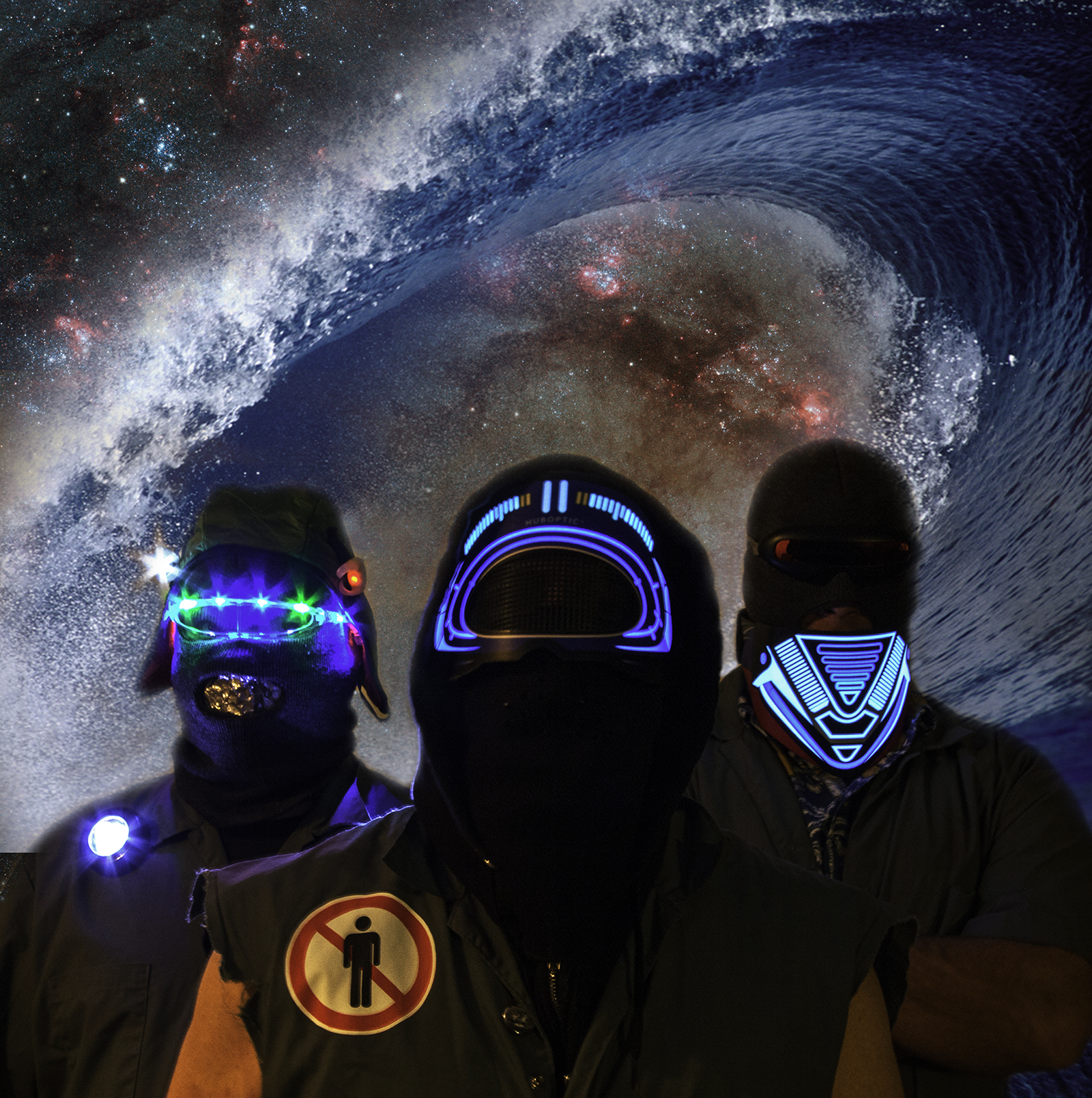 We've long been fans of the Tsunamibots, both for the music - a fusion of the Cylons from Battlestar Galactica meets DEVO, Misfits, Servotron and Man or Astroman?, and also the electrifying live act that has brought the surf punk trio to prominence on the North East American surf and scene.

) demonstrate the high degree of interaction with fans that extends online through their Twitter and facebook pages.  If you haven't already, follow your maniacal metal overlords now and you may be spared from crushing.

You can buy the first two EPs and find out more about Tsunamibots on their page, and buy merchandise directly from www.tsunamibots.com

Booking information: This email address is being protected from spambots. You need JavaScript enabled to view it.